These pictures on this website are protected by intellectual property law. 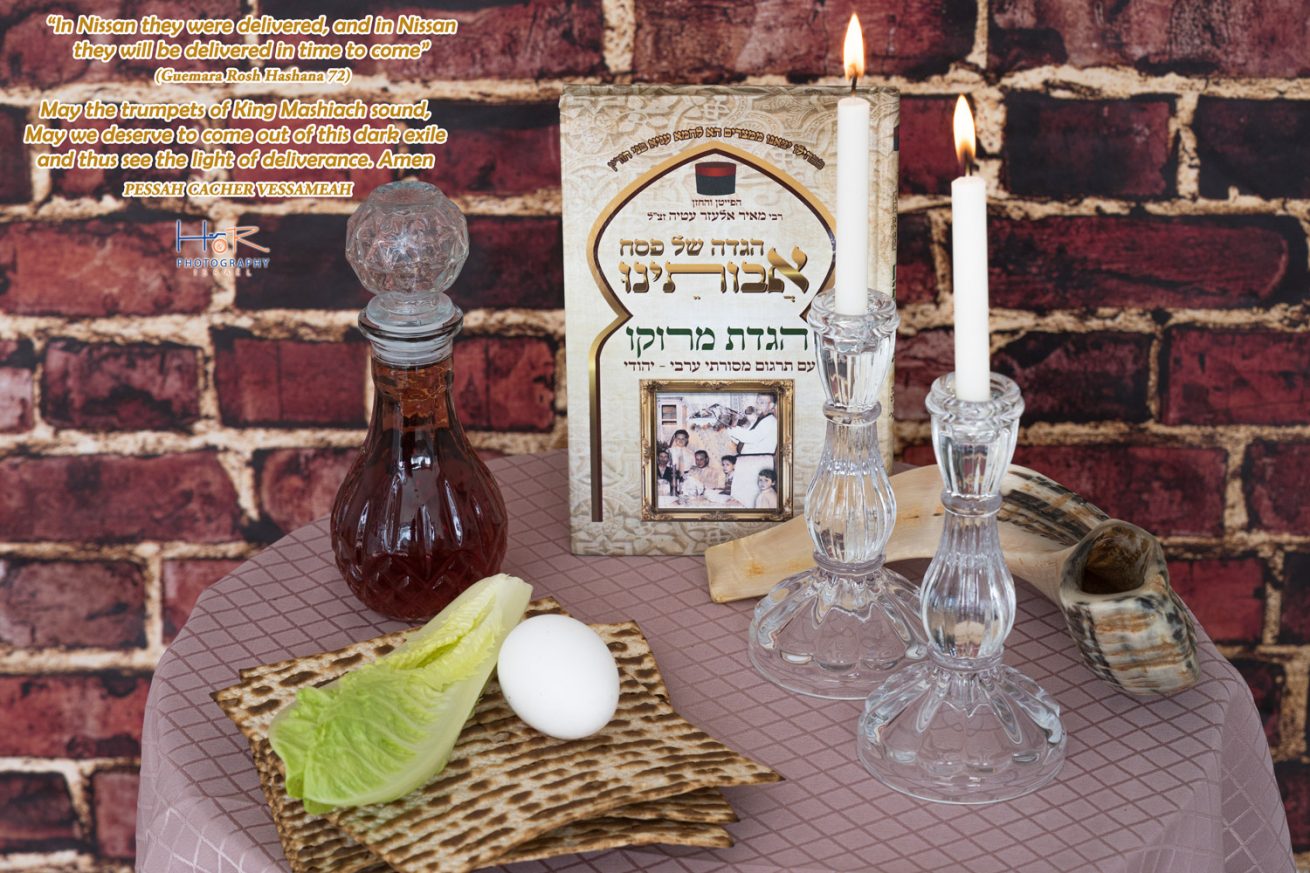 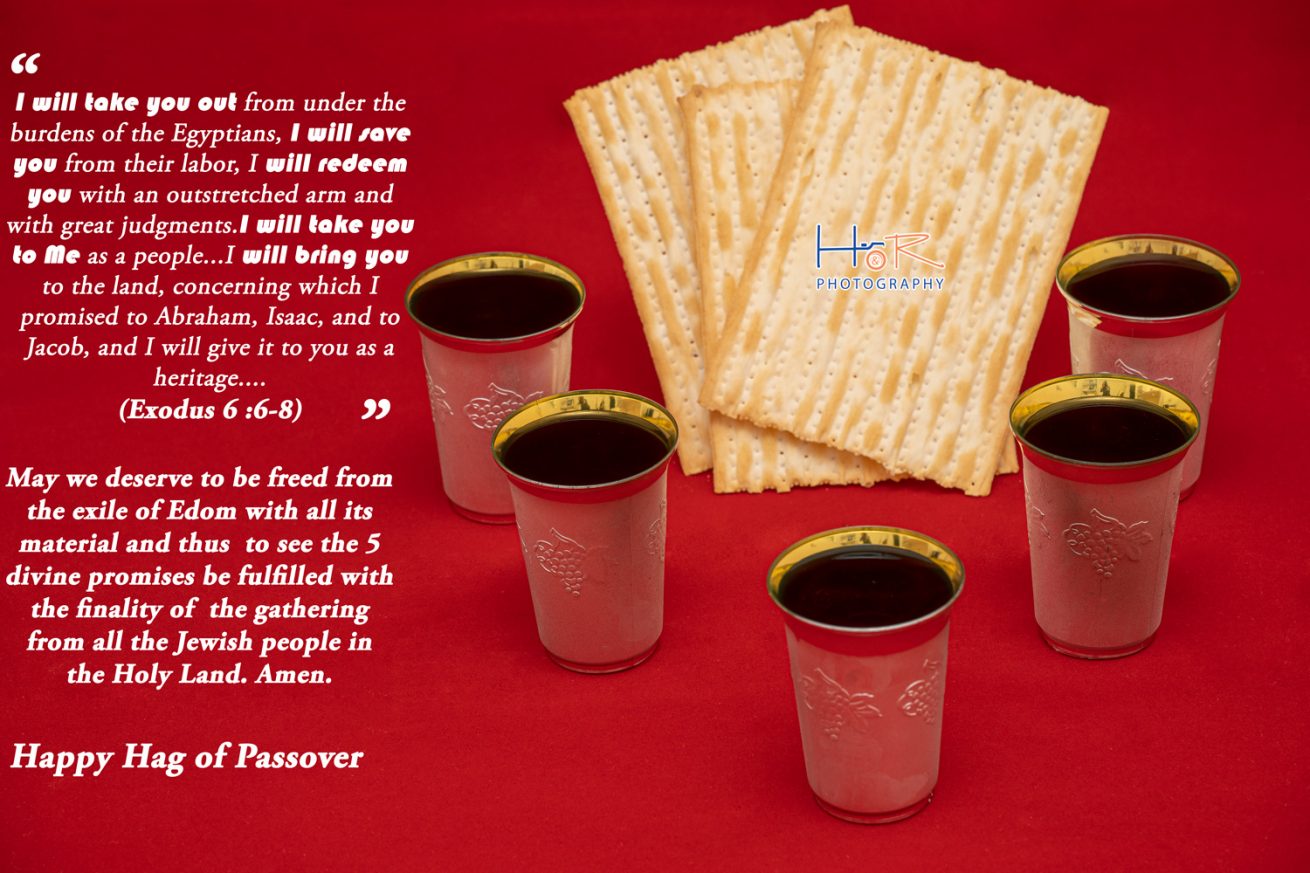 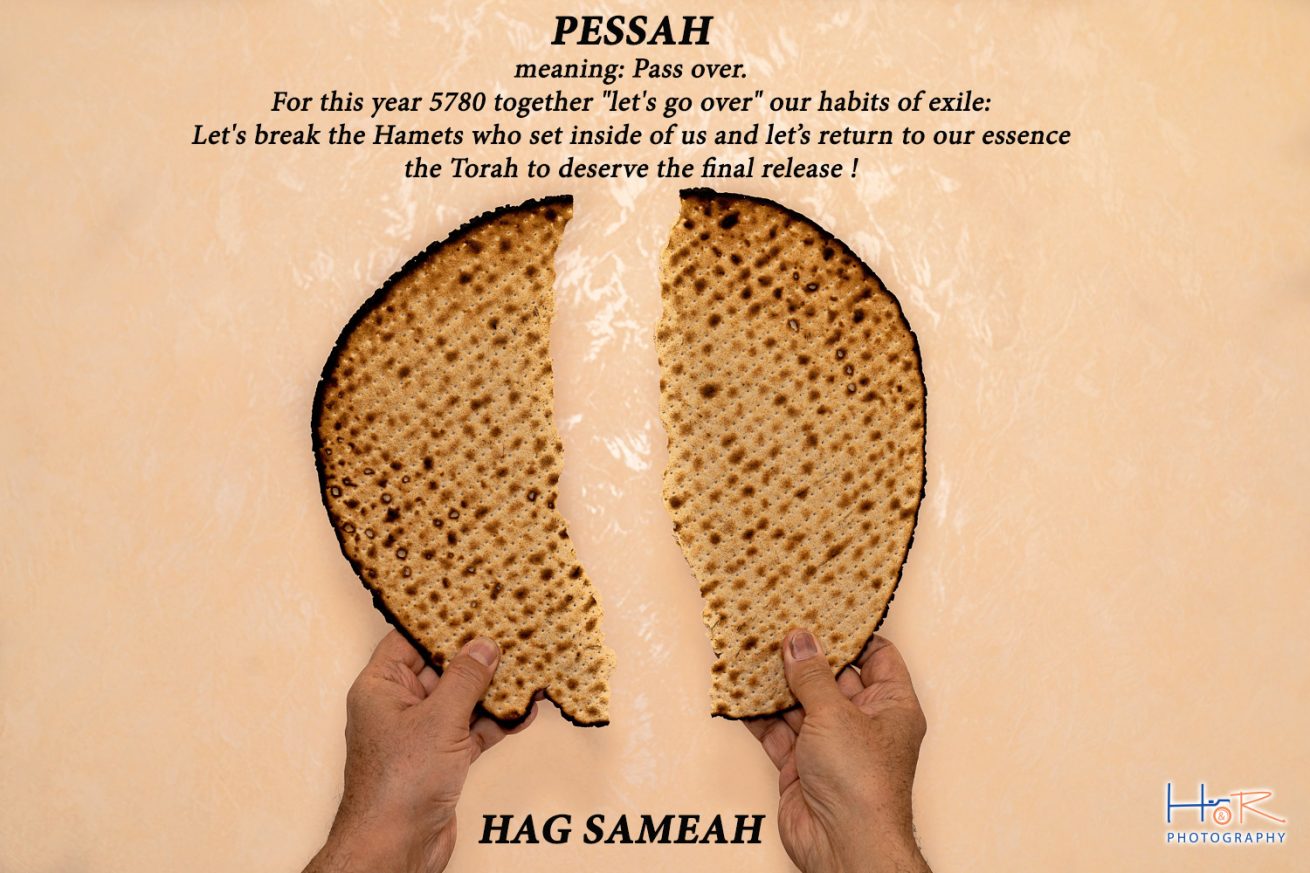 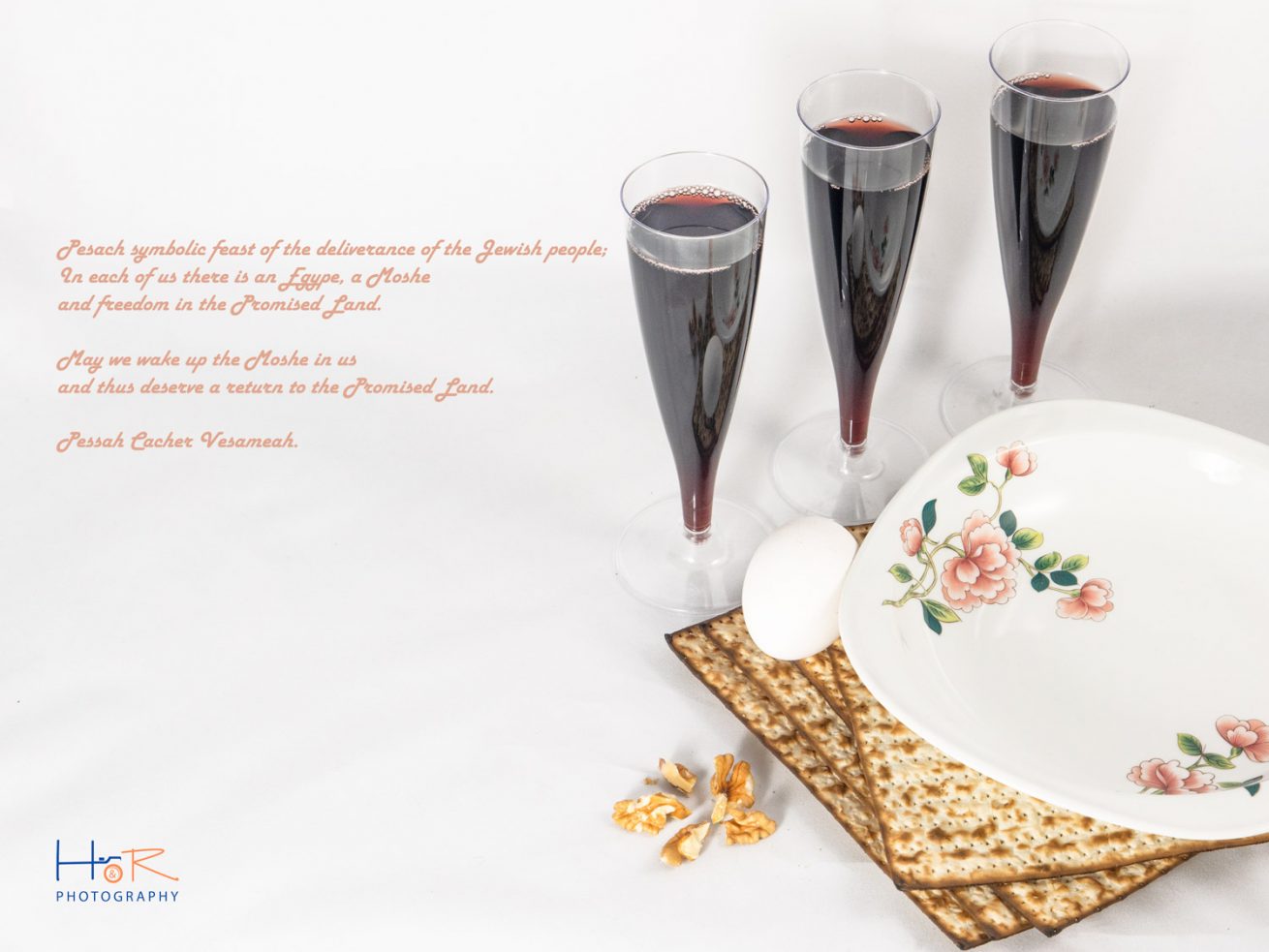 Also, in the Hebrew language, Pesachr means "to pass over". This term explanes us that during the ten plagues inflicted on the Egyptians, God killed
all the firstborn  childs Egyptians but He spared each Jewish house by "passing over" if we can say like this.
This is why the meaning of Pesach can be explained as follows: the time of our liberation : in Hebrew: "zeman heroutenu". We were released by God because we were not able to come out of the state of assimilation that held our identity in its hell.

In addition,  during Pesach it is forbiden to the jewish people to consume, enjoy or even possess any food made from leaven what is called Hamets.
More specifically, any food or drink made from wheat, barley, rye, oats, spelt or  from their derivatives and  fermented is prohibited  during Pesach .

Thus, the first two nights of Pesach , we celebrate the Seder including four cups of wine, the consumption of matzah and bitter herbs, and we tell the story of the Egyptian exile that the Jewish people endured For two hundred and ten years. The Seder is made up of foods of special symbolic significance and every Jewish family  experiences again the  liberation. We focus on what it means to belong to the Jewish people.
At the end of the Seder  we wish the end of the present exile  and the gathering  of all the jews  in the world in Israël.

If you too want to start the year with a memorable photo shoot on the theme of the religious holiday of Pesach,
Do not hesitate to contact HR Photography Israël ,we will make  for you a unique moment !